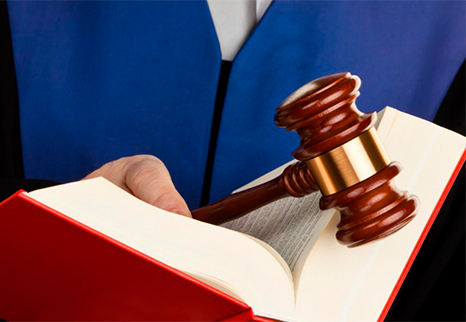 The right to appeal to a court and to defend own rights in accordance with the law is provided in the Russian Federation as in any other legal country. Such reference to a court is clearly defined - the bill of complaint to be submitted to court for disputes resolution. Assistance in making the case by qualified lawyers is not only desirable but sometimes is obligatorydepending on the complexity of the legal relationship.

WHAT ONE SHOULD KNOW PRIOR TO MAKING A LAWSUIT

Prior to filing a lawsuit, it is necessary to prepare documents, to identify the court to which documents should be prepared and to get the necessary details of the litigating parties. If only a text of a claim to a court is to be drawn up, the cost of services of a lawyer or an attorney will be moderate enough. The specialist will draw up a document correctly and, if necessary, submit it to court independently, which will get rid customers of troubles and prevent from loss of time. There is a special concept in the proceedings - limitation of action with regard to the time limits. Law defines this as a term within which the plaintiff can take a legal action, which must be taken into account first.

DRAW UP OF A BILL OF COMPLAINT. STRUCTURE

Correct drafting of this document to a court is the first and the basic step in further trials, since a court will proceed from text of a suitin process of acceptingresolution. Qualitative assistance in drawing up a claim to the court is often a key factor in its further consideration, especially, if the plaintiff is not as competent as his lawyer and represents the interests in court by own efforts. Thus, in accordance with requirements of the Civil Practice Act, a statement of claim shall be drawn up in writing and shall include the following:

It must be understood that if a decision is taken to prepare a primary allegation, the lawyer's assistance will always be useful. A competent specialist will help you to construct the right position and will reveal the details that could play into the hands of the customer later. Making the case services are in demand among those who have already met face to face with the judicial system, who has evaluated own power and knowledge, so it makes sense to enlist the support of law officers to protect own rightsas soon as possible.
Migration Services
Corporate Law
To Foreign Legal Persons
Court and Arbitration
Inheritance Law
Contract Law
Accounting Outsourcing
Additional Services